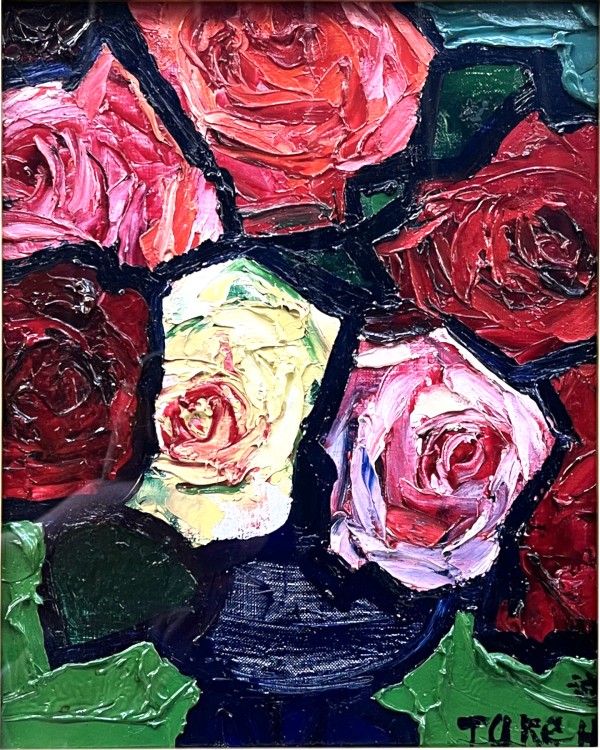 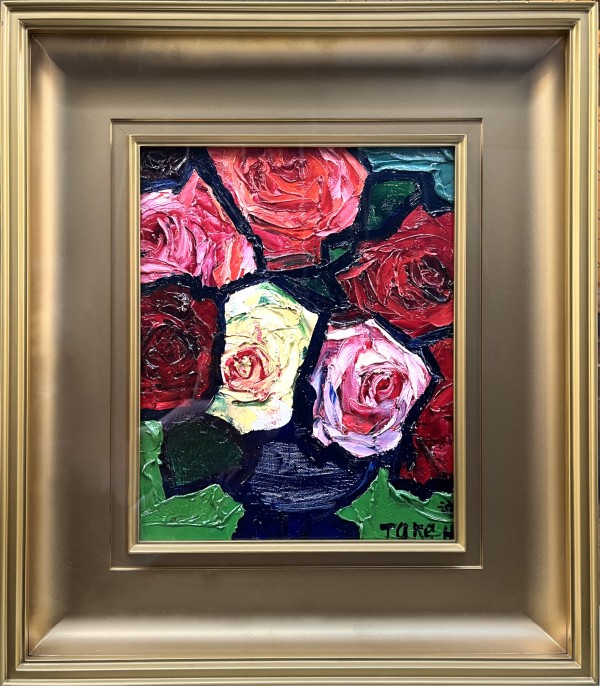 Born in Tokyo. He began his career as a Western-style painter at the end of the Taisho era (1912-1926), and after the war he became popular for his paintings of women, flowers, and landscapes, using many primary colours and lavish layers of paint. In his later years he served as chairman of the Council for National Language Problems. His grandson, Hayashi Jun, is a former member of the House of Representatives.

The influence of Kishida Ryusei, Cézanne, Modigliani, Picasso, Matisse and Buffet can be seen in Takeshi's paintings.

His early work tended to be thinly painted, but after the war he began to use more paint and primary colours.

His signature is often written as "Takeshi H" or "Take H".

His paintings of roses and Mount Fuji, which he painted extensively in his later years, are still very popular in the market, but many consider the 1940s and 1950s to be his golden age, when he painted such masterpieces as Carding Woman (1949) and Still Life (1948).

He was so absorbed in his work that he would sometimes stay up all night for three days at a time, often leaving his models unable to stand.

Other works of Hayashi Takeshi 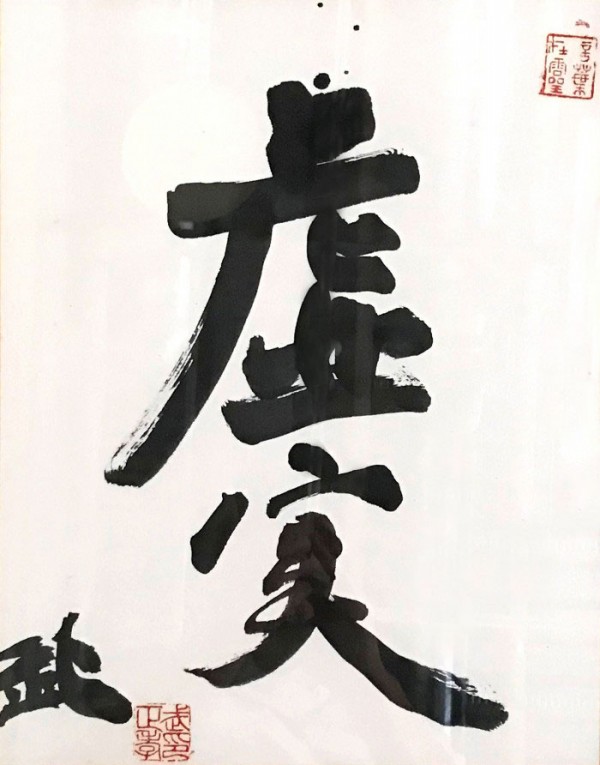