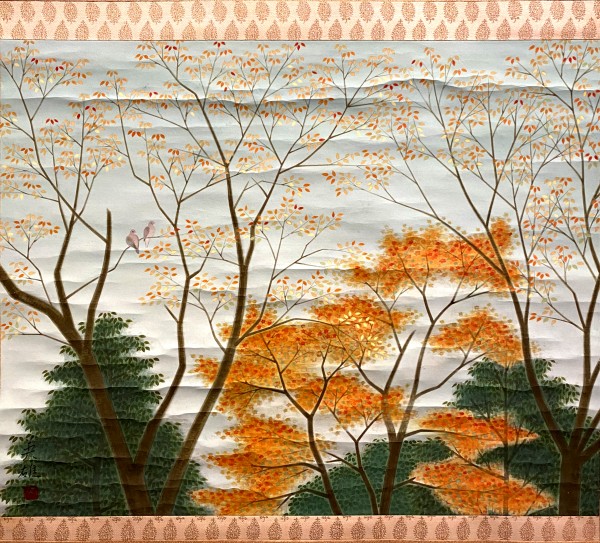 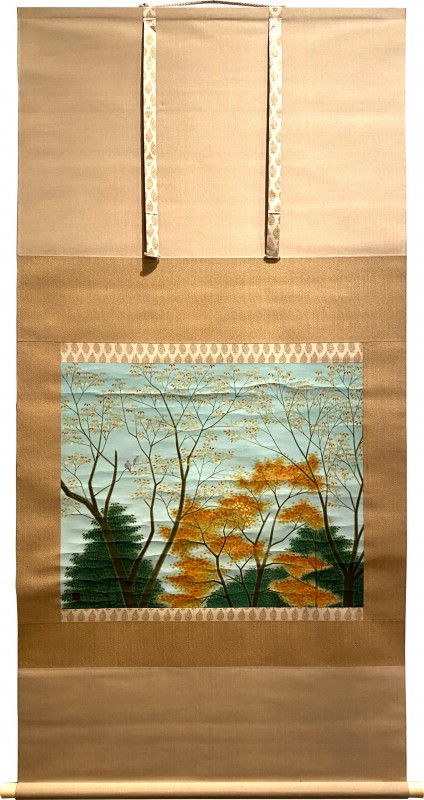 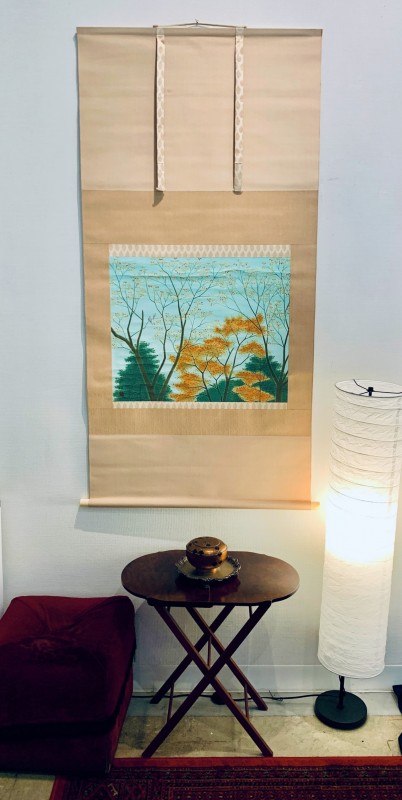 Born in Fukuyama City, Hiroshima Prefecture on April 6, 1912, Shiode set his sights on art at the age of 17, and moved to Tokyo in 1931 to study Japanese painting under Katayama Makiyou, a relative of his from Onomichi. In the same year, he entered the Japanese Painting Department of the Imperial Fine Arts School (now Musashino Art University). In the same year, he entered the Department of Japanese Painting at the Imperial Fine Arts School (now Musashino Art University), where he received instruction mainly from Yamaguchi Yohshun, but also studied a wide range of subjects from oriental aesthetics and oriental art history to Japanese and Chinese literature from the school's vice principal, Kanehara Shogo. After graduating from the School of Fine Arts in 1936, he studied under Okumura Togyu from 1935, and was active in the In Exhibition from 1937. In 1950, he won the Japan Art Academy Prize for "Senba" and in 1969, the Prime Minister's Prize for "Haruyama". In 1963, became a professor at Musashino Art University, his alma mater. In 1984, became Professor Emeritus at Musashino Art University. Appointed President of Musashino Art Academy in 1985.

Note: The picture surface is slightly broken : the top cover of the inner box is missing.

Other works of Hideo Shiode