Tadahiro Ono had opportunity to exhibit his work to “Venice Biennale” and “Sao Paulo Biennale”. But he didn't won a prize. It's just because he is not international or worldwide artist.

He is the space artist. He trancends the earth.

All his works are the star which penetrates the earth and Splash into a space. It's burning. The expression may be misleading but his works are so colorful and besides it is sending out silver colored white light . And random so it is able to put you in to chaos.

“Sobutsu tomoni Korosu” (This is the poem composed just before Sennno Rikyu's death). If I translate this poet in English I can say “All in all is all we are” I want you to think about it in your way . The Style of Tadahiro Ono's art works are just like that poet. He is out of aesthetice. Thoughts or religion. His works are truly free to be a space.

This sentence is originally written by Sou Sakon.

Other works of Tadahiro Ono 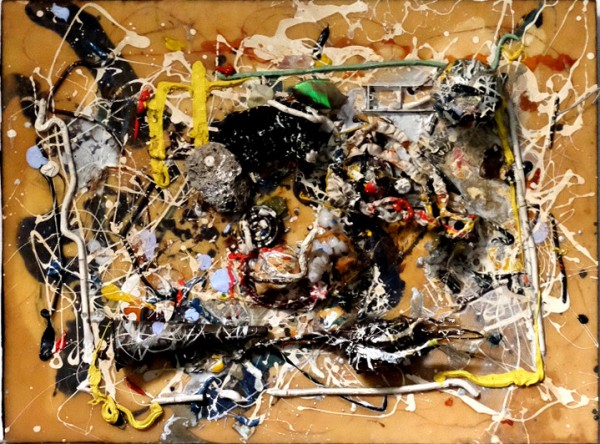