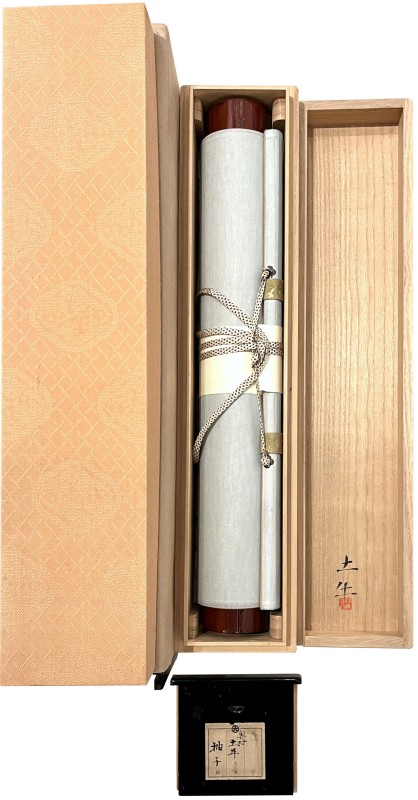 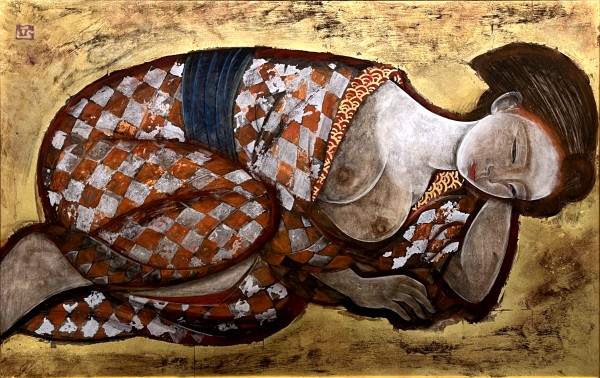 Sakai, Sanryou 1897-1969 Born in Fukushima Prefecture in 1897, died in 1969. 1911: Moved to Tokyo and studied under Bannai Seiran for a while, but returned to his hometown Aizu in 1917. In 1919, his painting "Snow Buried and New Year's Day Goes By" was selected for the 2nd Exhibition of the Society for the Creation of National Painting, and in 1921, his painting "Night of Lingering Snow That Burns the God of Misfortune" was selected for the 8th Exhibition of the Revitalized Academy of Fine Arts. This was also the year that he met his lifelong mentor, Ogawa Imogene. In 1962, he was awarded the Minister of Education Prize at the 47th In-Ten. He is also known as a haiku poet, and has written books on haiku and haiga, as well as on Ogawa Imogene. In his later years, he avoided Tokyo, which was transforming into a metropolis, and focused on Ibaraki Prefecture and his native Fukushima Prefecture, painting rural villages and the people who worked there.

Other works of Sakai Sanryou